The Taxonomy of News Values 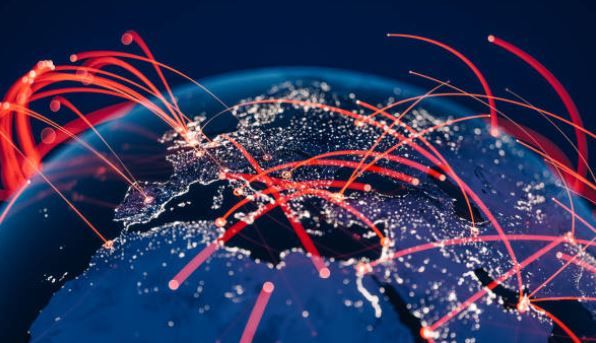 A news story is a report on a recent event. It is fresh and unusual, and therefore attracts a wide audience. It is also objective, meaning that the reporter reports events as they occurred without adding any commentary. It is not the reporter’s job to provide opinions, but that is the right of an editor or columnist.

Content analysis of news articles is a technique used in the study of media violence and aggression. It involves the analysis of large amounts of data from the mass media. These data may include how often a word or phrase appears in a newspaper or on the radio. The research also looks at the linguistic, cognitive, and social significance of a given piece of content.

Content analysis is a method of analyzing information in a text and converting it into quantitative form. In contrast to traditional methods of mass media inquiry and public opinion research, content analysis employs methods of computer analysis and machine learning to analyze media content. One example of a research paper in content analysis is Cruz and Lee’s (2014) study on Twitter campaigns. In this study, the researchers analyzed tweets posted by internationally recognized companies.

The Taxonomy of News Values is a systematic way of categorizing the types of news. It is a practical tool for media organizations to understand the factors that influence newsworthy content. For instance, a nonprofit focused on community issues might value stories that tell how their efforts have affected the community. It is also useful for publishing companies that rely on contributed content. By documenting these values, they can explain their publishing policies to contributors and internal stakeholders.

A taxonomy of news values can help us understand why the news we consume is important. News is only a fraction of world events, but the selected set shapes our perception of the world. Knowing how to identify news values helps us make better choices. Galtung and Ruge’s Taxonomy of News Values suggests twelve factors that determine whether a news item is newsworthy. These factors are intuitively associated with the importance of a nation or person.

The impact of stories in news is highly variable and is influenced by several factors. While the influence of conflict and eliteness were the strongest, the relationships between the news factor and the length of the story were weak. Other news factors, such as proximity and personification, were more insignificant. However, the length of stories tended to increase in both quality and popular outlets.

In this study, researchers measured the impact of stories on news viewers using visuals and narratives. They found that the addition of visuals did not increase the audience’s perceptions of the story. These findings have implications for journalists and editors. They reveal the critical role of strong news stories in shaping audience attitudes. Furthermore, this study found that stories can be persuasive even without the use of visuals.

The relevance of stories in the news often varies across locations. Local residents, for example, may be interested in local weather forecasts or the activities of local police officers. For the same reasons, national stories may be irrelevant to people in a certain region. But there is more to relevance than simply geography.

The time factor in news affects how well media outlets can convey information. Shorter stories are more prestigious than long ones, which means that newspaper publishers have more incentive to publish them. However, it should be noted that the time factor is not the only factor that affects newsworthiness. Other factors, such as the speed of Internet connections, can influence the quality of news.

Technological and economic changes have transformed events into valuable goods. As a result, media cultures have evolved to monitor attention and monetize it. As a result, “public response” is a new news factor that exhibits both commercial value and cultural meaning.